PROJECT DESCRIPTION
ARE poems is an erasure of the book titled, John Clare, Poems Selected by Paul Farley.  The "cover" below is the result of the erased book cover to "create a sort of a digital book artifact for now." 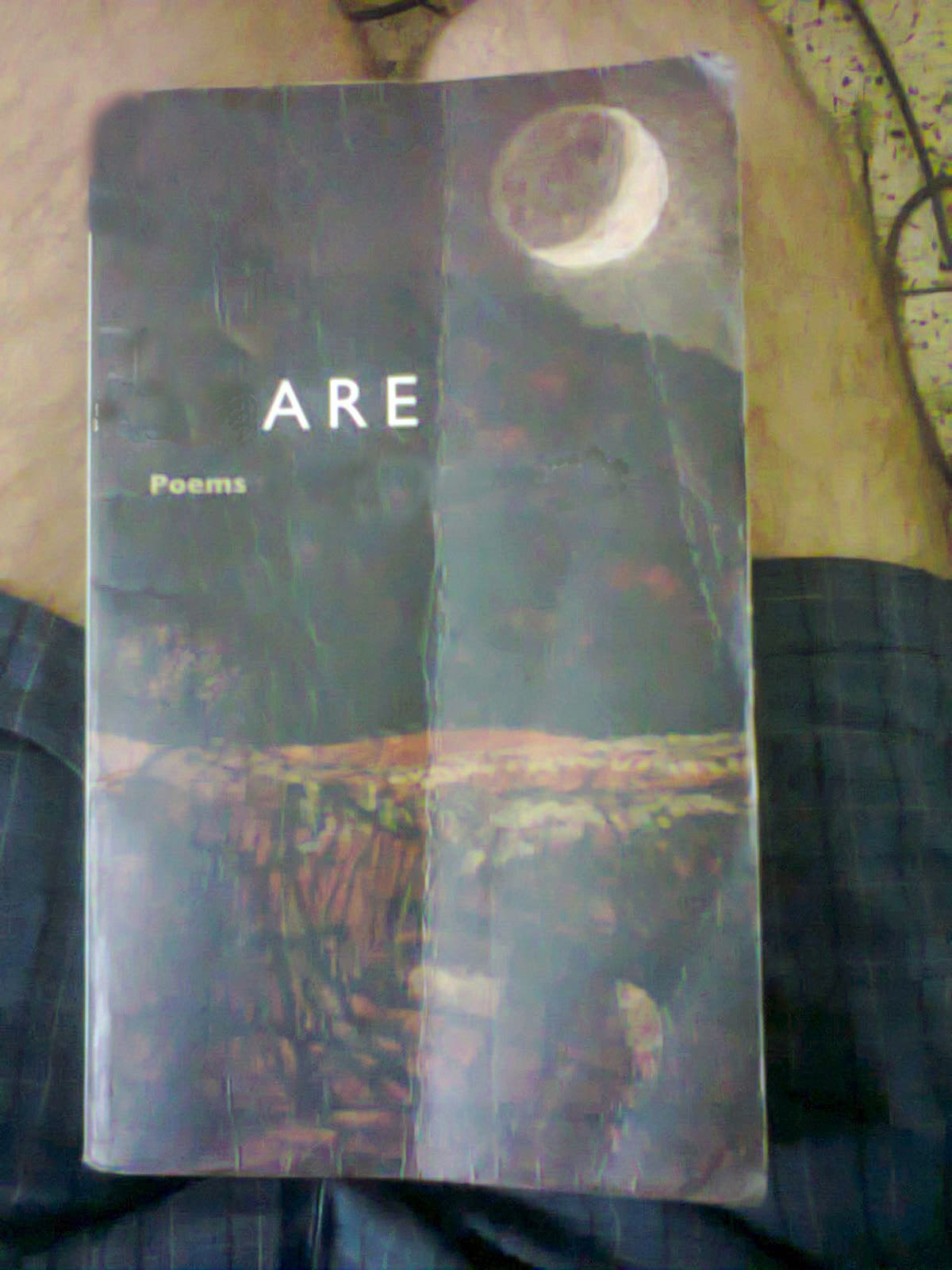 The book, John  Clare/ Poems Selected by Paul Farley was bought on the street side Sunday book market of Daryaganj, Old Delhi, all for twenty rupees. The prices largely depend only on the size and thickness of the books.

Several de/re-readings/writings/ventriloquisms (English is not my mother tongue) of Clare's phenomenology and local descriptions soon developed into a close attention to the fundamental particles of language/life— diectics, expletives, pronouns— language of everywhere and time.

The work (via I) progressed as a narrative of a loss and recovery of itself, as meaning— revealing the perceptual/perpetual correspondence between description and it’s grammar— as as what’s what’s.

The semiotic implications of the Cartesian subjectivity— the fundamental dichotomy of subject-object have had concurrent manifestations in the liberal lineage of private property (Machievelli Hobbes Locke Rousseau onwards the constant attempt to supplement the rather sterile Enlightenment understanding of I, with varied invocations of the more political “We”)

What is I & What is not-I. Not “the inhuman black of empty space” (note on Ronald Johnson’s Radios) but Shunyata—a negation of drishti (view, judgement), not to be mistaken as the denial of reality, but rather to be understood as a “freeing of reality of the artificial and accidental restrictions” (T R V Murthy).

Acts I perform are creatures
Who create others.

. . .or words don't need us, any more than trees? … What do words know of each other, possibilities of sentience in words as well as dogs, plants.

We live in a world of things.

SAMPLE PAGES FROM THE BOOK:
(Click on images to enlarge; when you look at the pages, you can see the ghosts of the erased text): 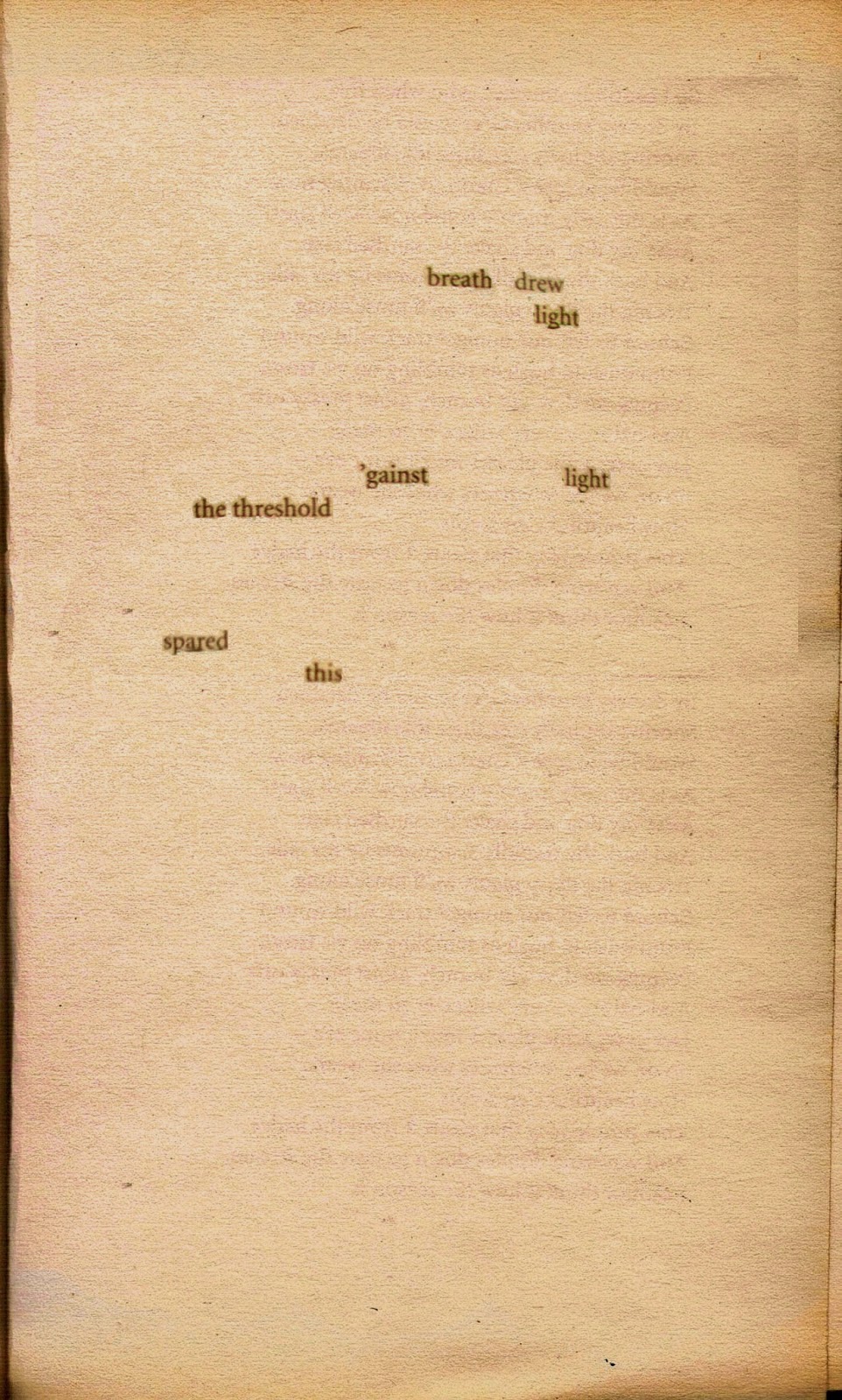 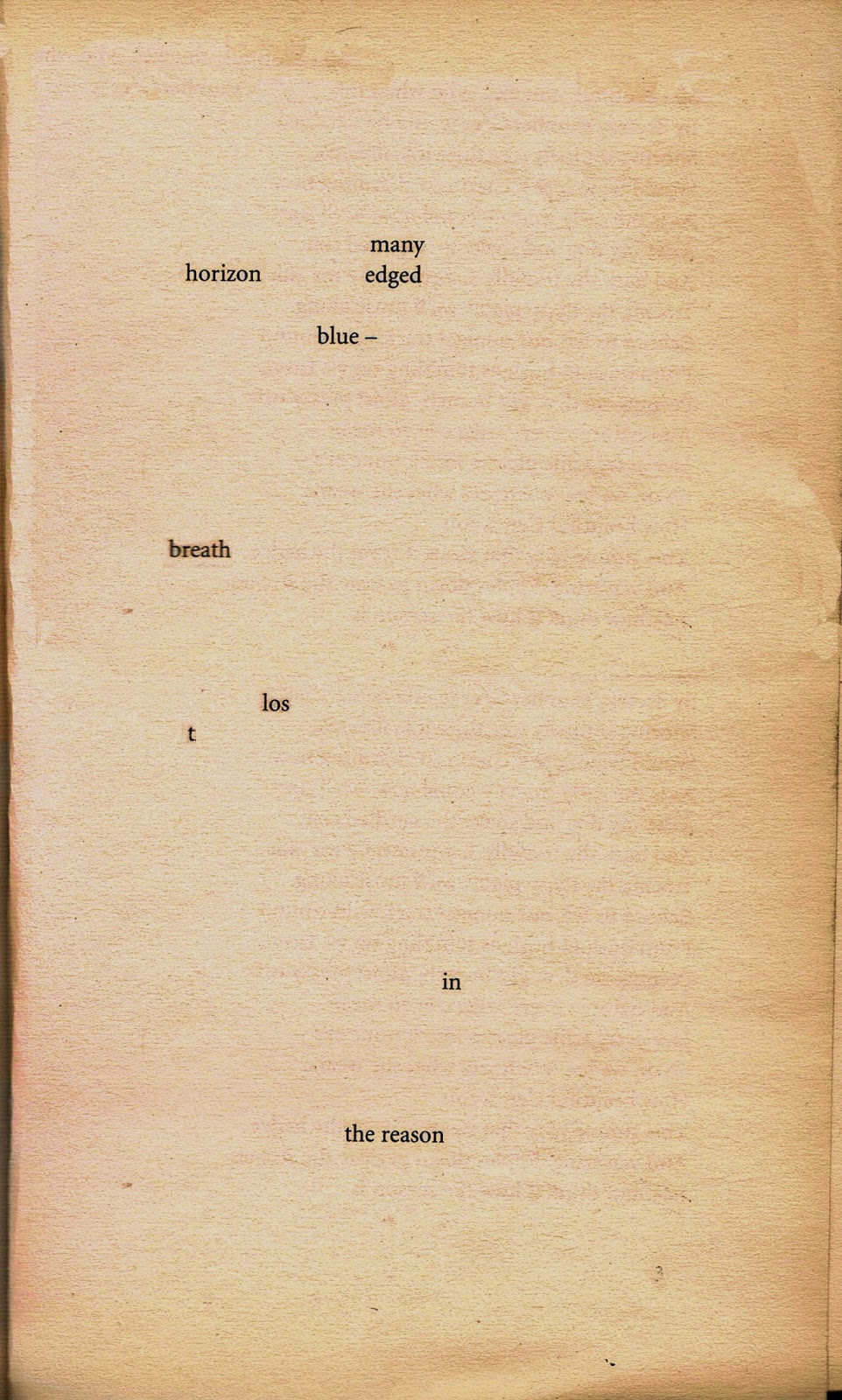 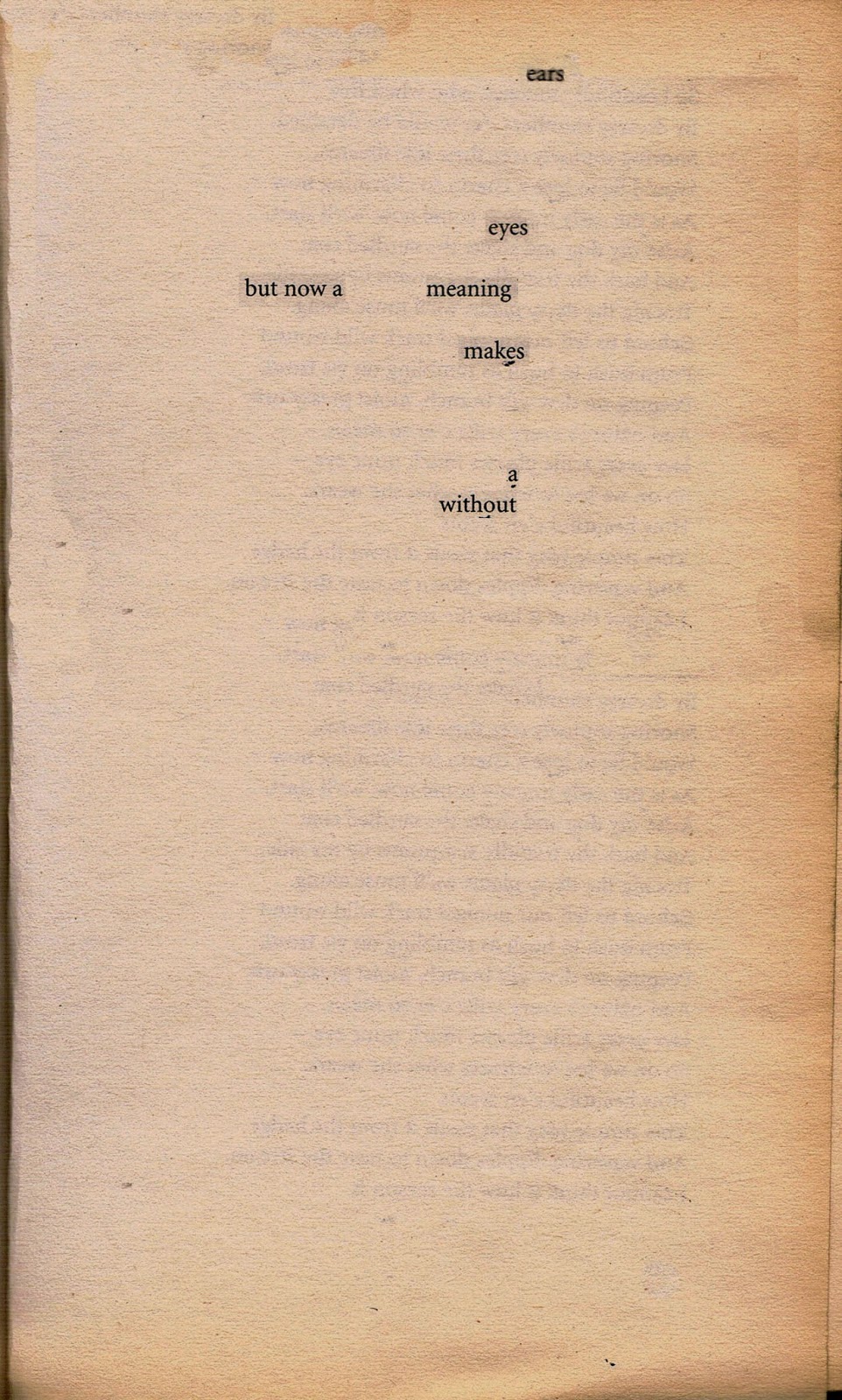 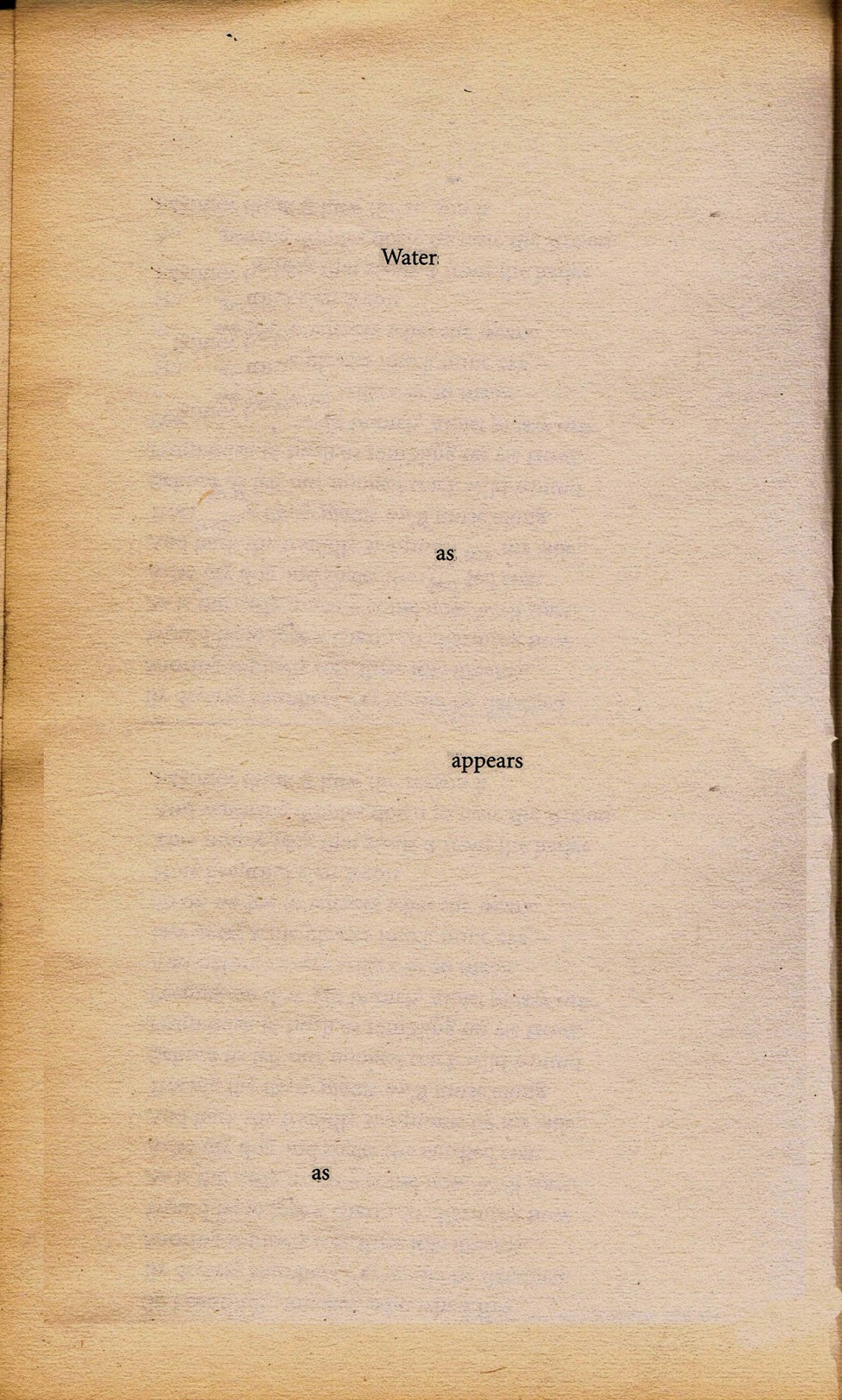 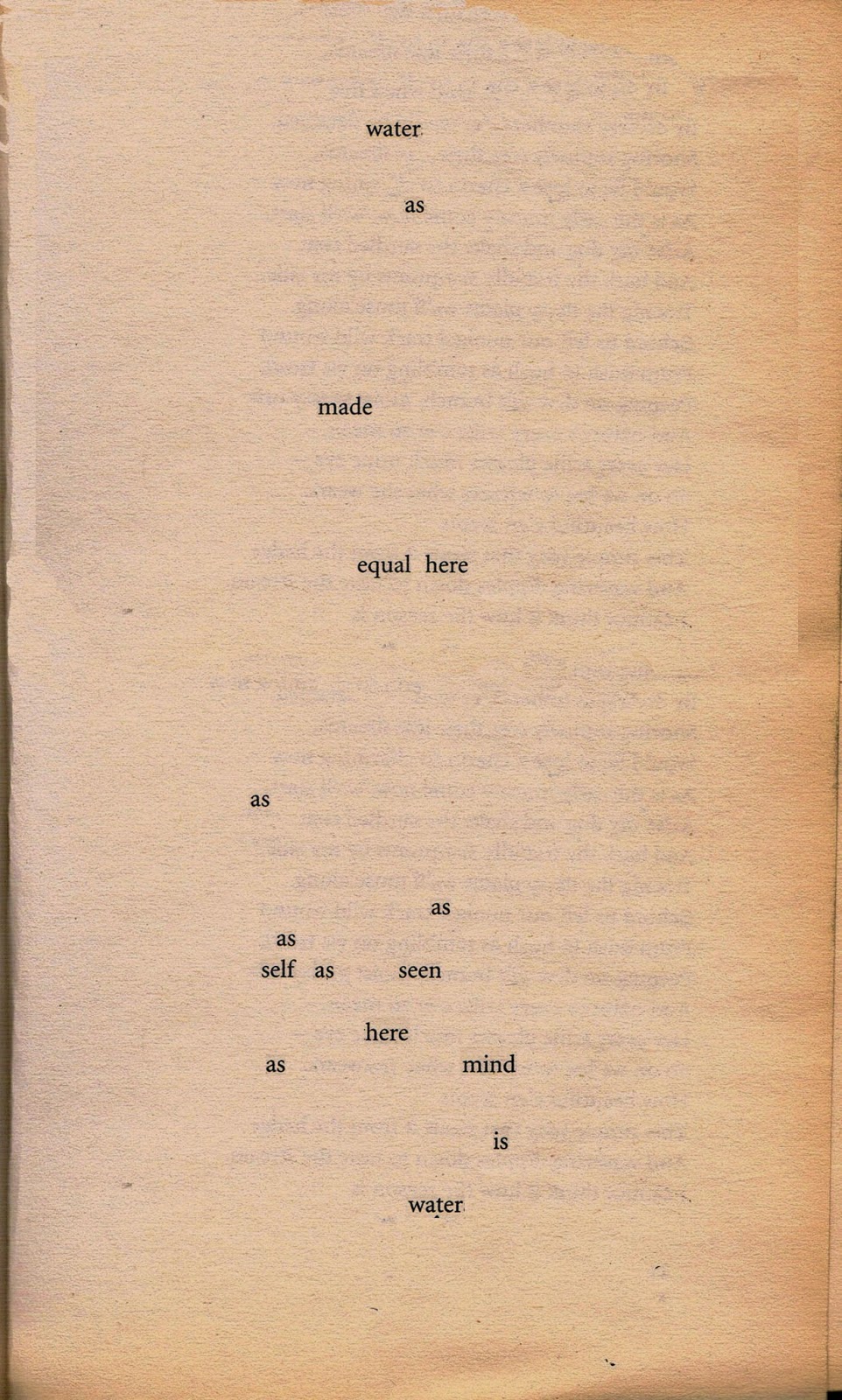 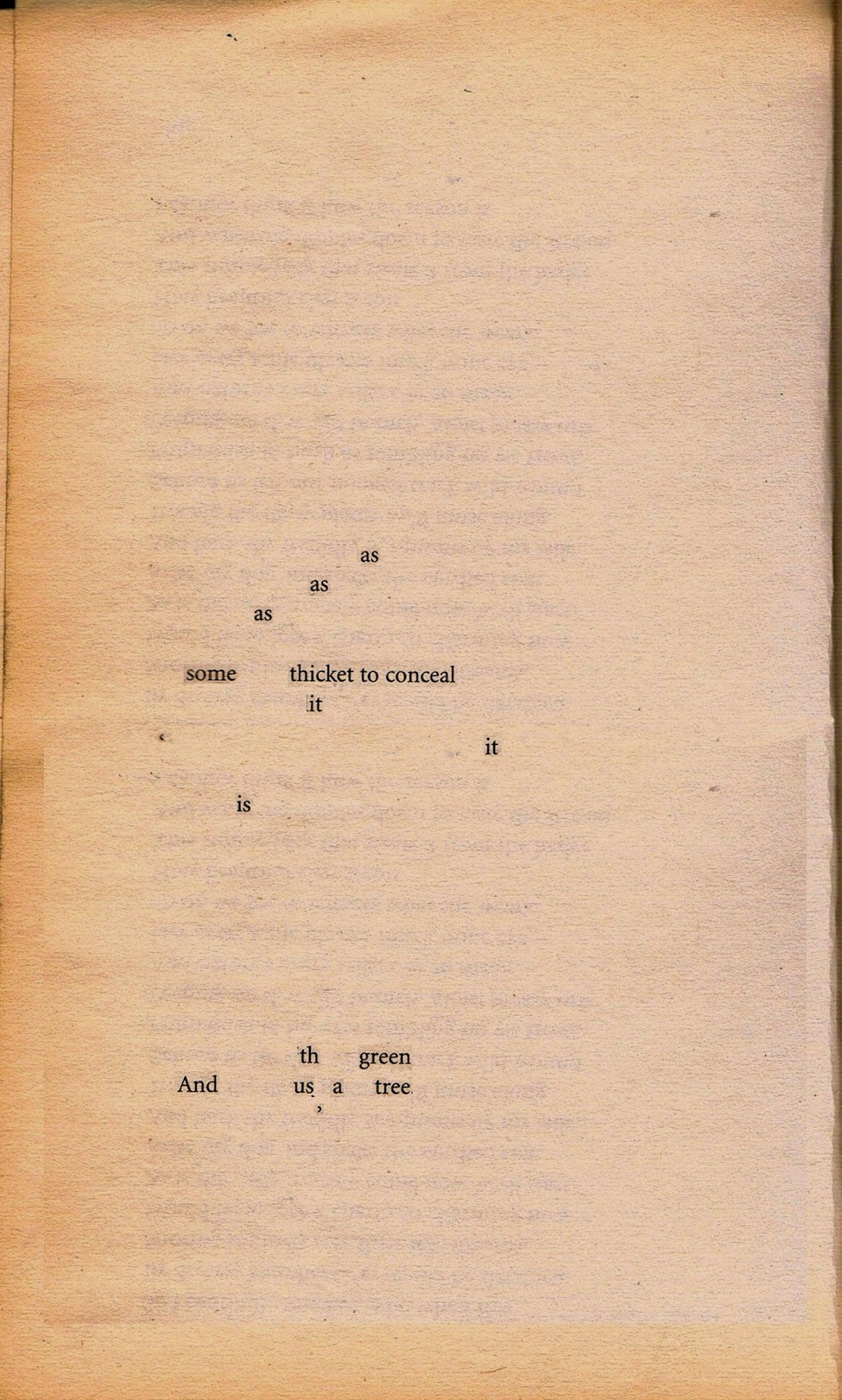 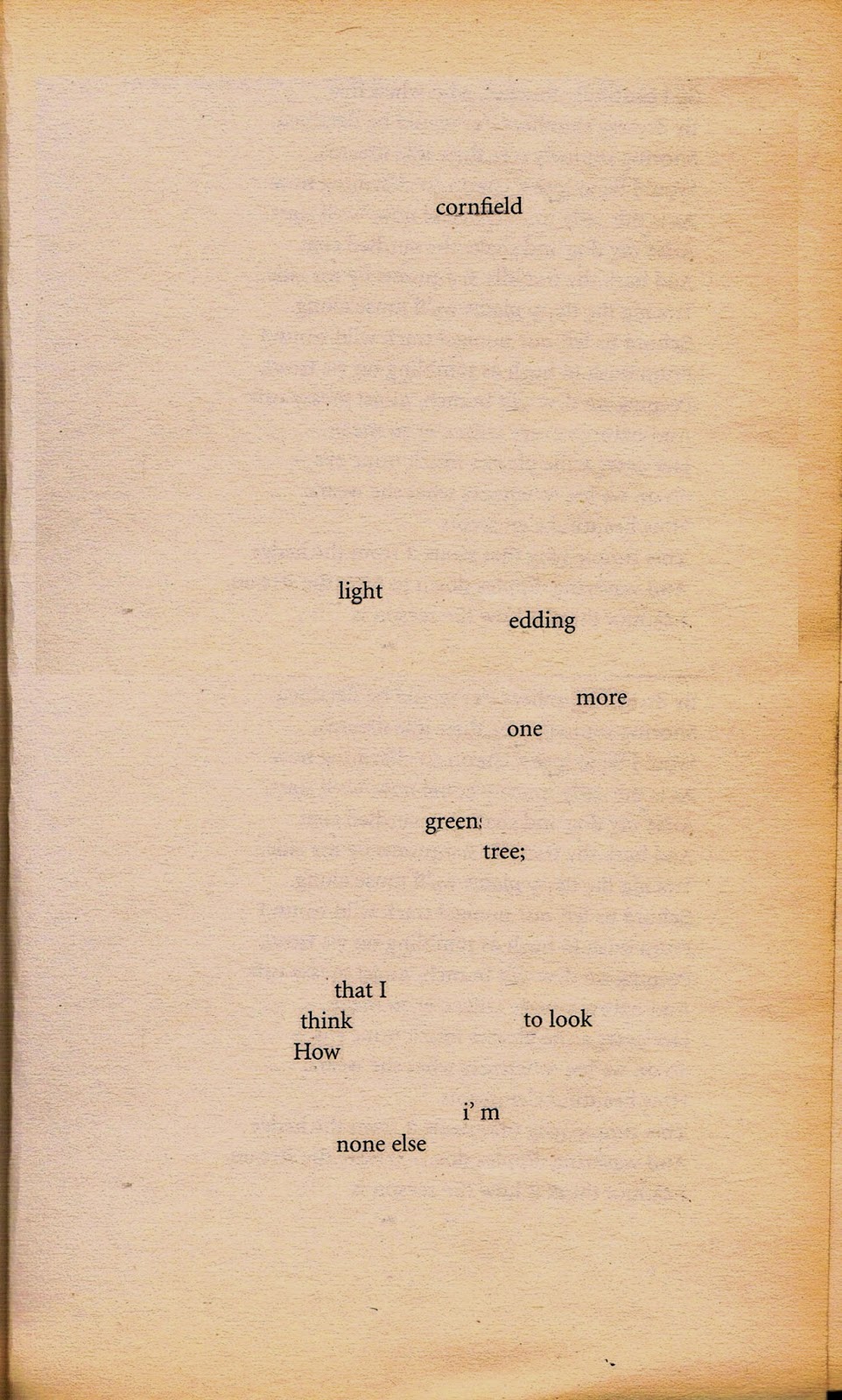 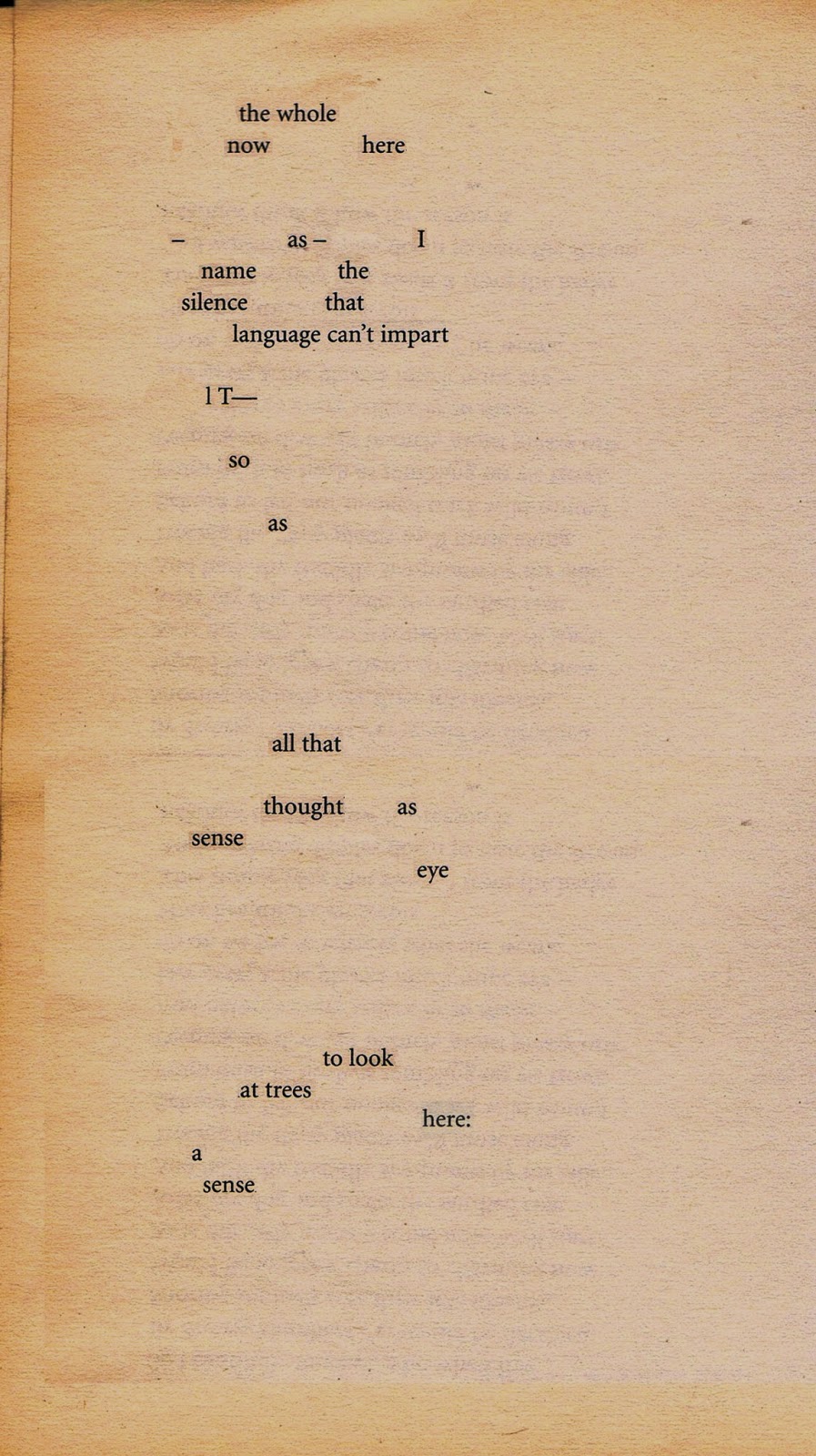 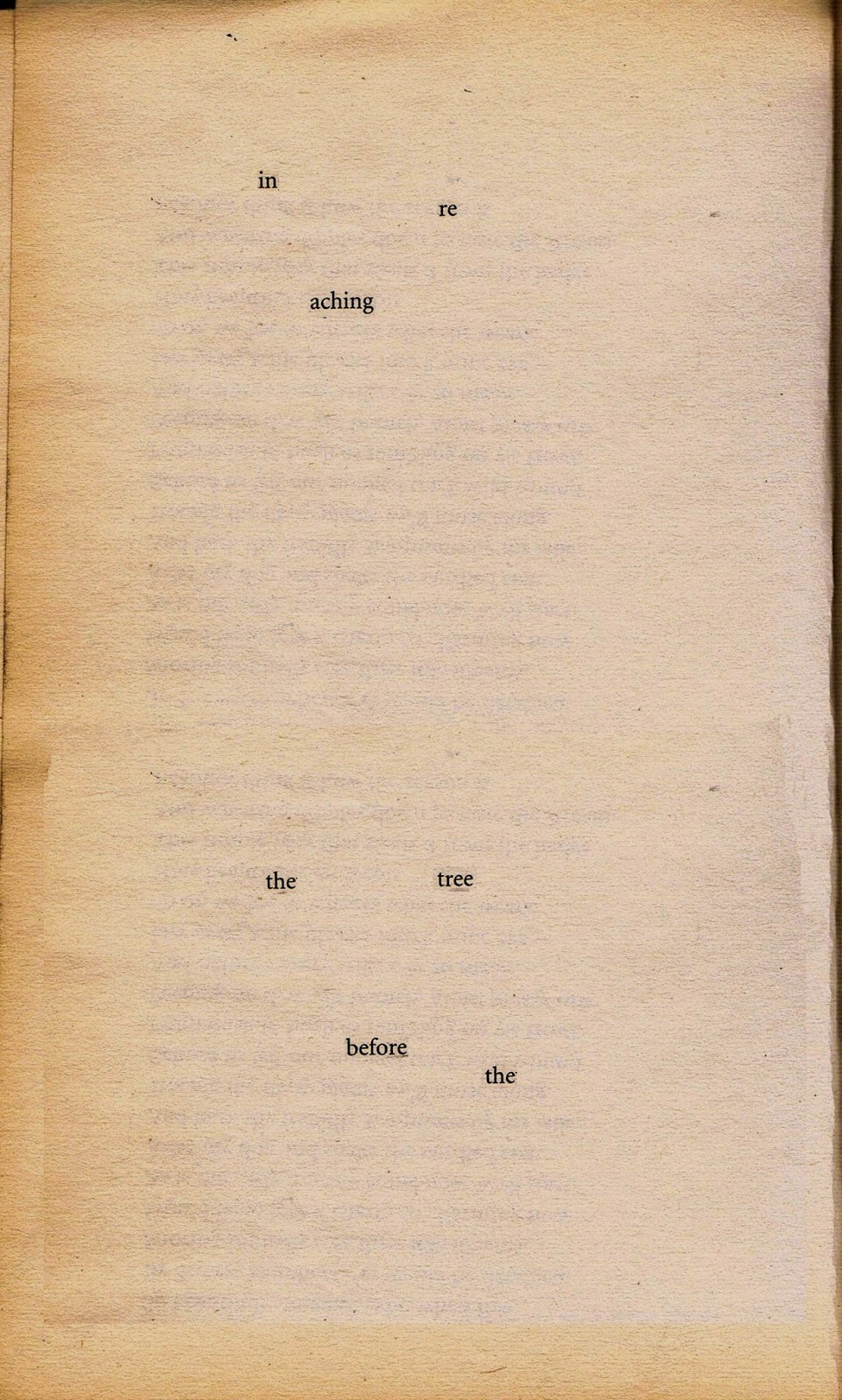 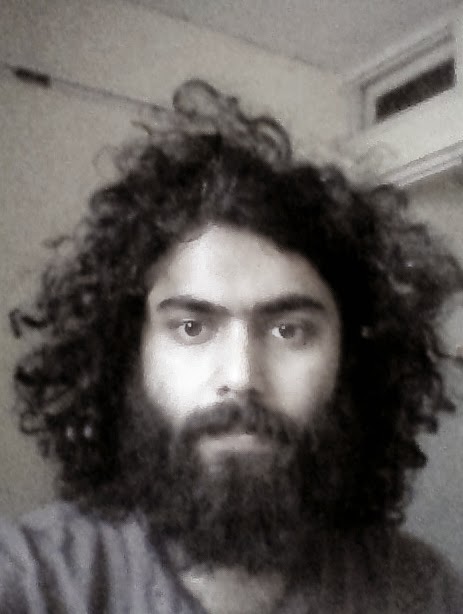 Born and brought up in the Himalayan state of Himachal Pradesh. Works have appeared or are forthcoming in E-Ratio, Lilliput Review, iArtistas, Haiku 21, Offerta Spceiale Otoliths, Poetry Salzburg Review, Rampike. A chapbook of visual poetry is available here. Co-edits Bones, a journal of contemporary haiku. 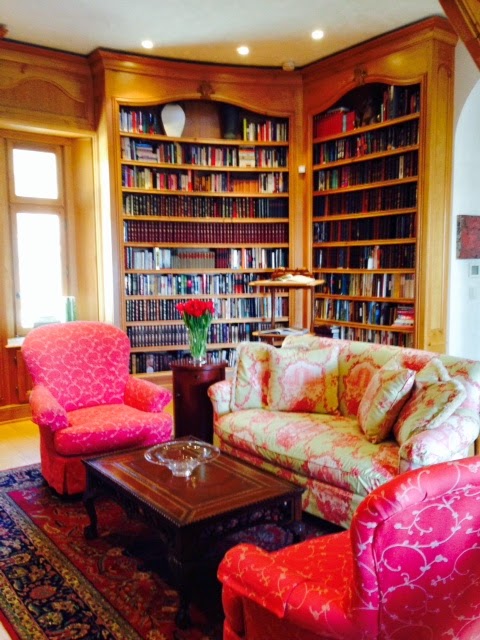